What the Poets Are Saying About Terry Lucas

Peter Campion, winner of the Joseph Brodsky Rome Prize from the American Academy of Arts and Letters, and author of Ordinary People, The Lions, and El Dorado:

Terry Lucas's talent for rendering the actual feeling of experience connects in If They Have Ears to Hear with his ability to make lines and sentences their own forms of experience. I mean that, along with the accuracy and fidelity of a first-rate realist, Lucas has an entirely unique metaphorical imagination--allowing him to honor and render the mysteries as well as the facts of personal and collective life.  I'm convinced that poems like "In This Room," "Prayer Meeting With Folding Chair," and "The Call" will captivate and move readers for many years to come.

Carol Frost, holder of the Theodore Bruce & Barbara Lawrence Alfond Professor of English at Rollins College, and author of thirteen poetry collections, including Entwined and The Queen's Desertion:

​Steadily remember and imagined, rich with detail, by turns languorous and startling, Terry Lucas's poems give us a look into his American life, and ours--the living and loving, the rue, some violence, and dying. In This Room is very fine.

Dorianne Laux, author of multiple poetry collections, including The Book of Men and ​Facts About the Moon, and co-author of The Poet's Companion: A Guide to the Pleasures of Writing Poetry:

"My father once broke a man's tailbone / With the toe of his roach-killer boot / For having an American flag / Sewn on the seat of his jeans." In Terry Lucas's Altar Call we encounter not only the human spirit stripped bare, but also the spirit of language made resonant through an attention to and fascination with everyday details: a couple's first night together in a motel bed, a boy's first strained swim toward his father, the loud confessions of Christian believers filled with the spit and swagger of hell-fire preachers. "A pilled woolen shawl, a limp blue glove, the gauzy smudge / of a palm on the cold back of a gray metal folding chair" -- these are some of the images that populate and haunt the peripheries of this syntactically acrobatic, passionately crafted chapbook.

Alicia Ostriker, poet, critic, scholar, feminist, political activist, author of twelve poetry collections, including The Book of Seventy and The Book of Life, and professor emerita of Rutger's University:

Terry Lucas is a poet with a frankly knowledgeable voice--able as a manager in a mall to "welcome you into the maw of America" and introduce you to some "undead mannequins that stand / / guard over capitalism." Listening to an old LP, Lucas hears the amplified "scratches residing behind Art, / / or Miles  . . . " Ah, those itches, those scratches of Art. But there's also an untamed spiritual need in this book. In the astonishing poem, "The Spell," we see him as a boy preacher, and then--in a glorious extended metaphor--spending "Half a lifetime in fumbling / foreplay with God, trying so hard in the dark / / to feel some bulge under all those layers, straining for release from bituminous desire, tongue / glowing just below the flash point / / of faith's flame." If They Have Ears to Hear is a gripping debut.  Keep listening.

​Gerald Stern​, author of more than twenty books of poetry, including This Time: New and Selected Poems, winner of The National Book Award:

"The Gate" is an enormous poem--of course, it's Hart Crane more than anybody else, though it's not entirely Hart. Though it is entirely "Heart." The language is absolutely lovely--very unusual for these days.

Michael Waters, Guggenheim Fellow, Fullbright Scholar, former chair of the poetry panel for the National Book Award, author of more than a dozen poetry collections, including The Dean of Discipline and Celestial Joyride, and ​co-editor of the definitive anthology, Contemporary American Poetry:

Child preacher turned tailored clothing salesman turned poet, Terry Lucas asks, "who is to say which is more holy? Heaven's music or Hell's static / electricity? In poems both meditative and painterly, Lucas confronts love in a world that has "lost its gods / And goddesses," where even without them "there will always be enough falling / brimstone, lakes of fire, flaming bushes." His faith rooted now in the things of this world--"a muscle in the thumb / that often twitches below the limen / of perception"--Lucas acknowledges silence and mystery as he charts our "voyage through the dark" of a non-receptive yet always redemptive universe.  If They Have Ears to Hear is a meticulous and compelling collection.

Review of In This Room by Marilyn McCabe in Marilynonaroll 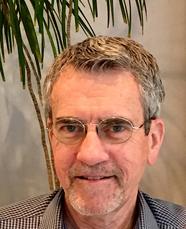 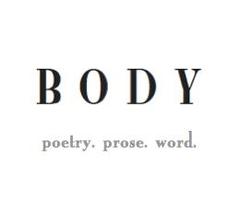